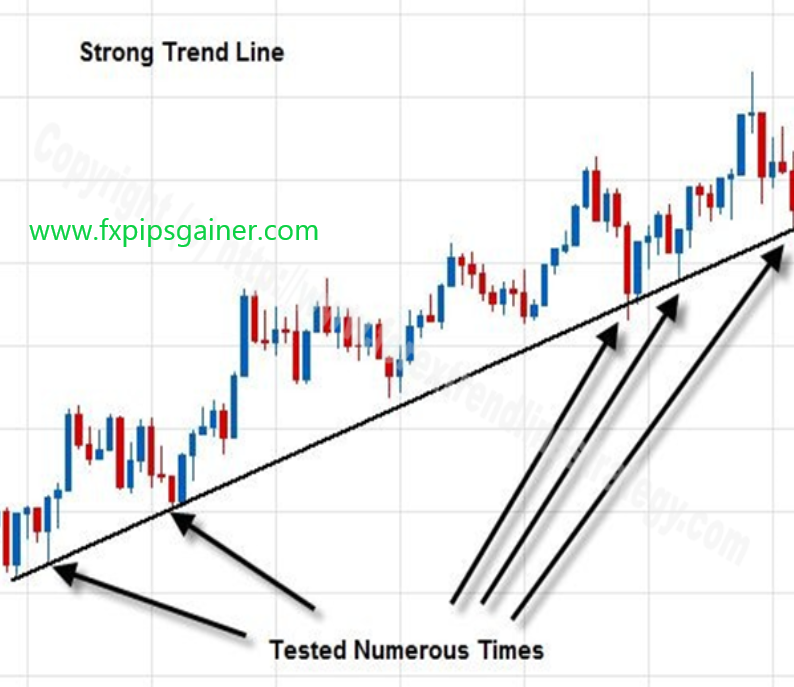 In this strategy we used two chart for different two timeframe like H1 and H4 or M30 and H1 or H4 and D1.
Best combination is H4 and D1 timeframe.D1 for trend identification and H4 for signal or entry collection that means signal chart.

For this strategy we need two Exponential Moving Average(EMA) that are 34 EMA and 55 EMA.
Here we described two timeframe H4 for trend and H1 for signal chart

For an uptrend, the trend should meet the following conditions:

​For a downtrend, the same applies just in the opposite direction:

These two Moving Averages are act as a Support and Resistance area.When Uptrend on Higher timeframe  act as support on lower timeframe.
It is around and inside of this moving average zone that the best trading opportunities for this trend trading strategy are to be found.
We are trying to profit on the swings in the direction of the trend. So, for this reason, we want to join the trend on the retracements.

​An example of how an entry with this strategy would look like is shown below.

For this particular case, we would place the stop at 30% of the daily average true range below the entry point. On that day, the ATR was 72 pips for the AUDUSD pair, so 30% of 72 is 21.6 which means we would place the initial stop for this trade at 22 pips + the spread.

Stop loss rules are explained below.

Take the EURUSD pair which has about 100 pips usual daily range. If you entered a trade with this strategy on EURUSD, then your stop loss would be 30% of 100 which equals 30 pips plus the spread, which is usually around 1 – 2 pips for EURUSD. So, in total the stop loss, in this case, would be 32 pips.

After you’ve entered the trade you need to manage that stop loss and trail it in order to be able to capture the maximum profit from the trend. Here is how this strategy works:

Because this is a trend trading strategy we will use a trailing stop for exiting the trade. This allows us to profit on a bigger part of the move.
There are some specific rules for this trailing stop order:

Here’s how this trailing stop looks on a chart.
The blue arrows are the starting point of the count and the line is the stop loss placement for that point in time. The numbers are an example of how to count the candles to determine the stop. You can see here how lower highs are left out until the next higher high backwards is found.
​
As the downtrend progresses with each new lower low, the counting for the trailing stop should re-done again and the stop moved lower. 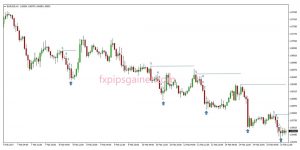 At last go on and practice this strategy on a demo account first before going live.

Futures and forex trading contains substantial risk and is not for every investor. An investor could potentially lose all or more than the initial investment. Risk capital is money that can be lost without jeopardizing ones financial security or life style. Only risk capital should be used for trading and only those with sufficient risk capital should consider trading. Past performance is not necessarily indicative of future results.

Be your best trader with Raw Spreads From 0.0 pips